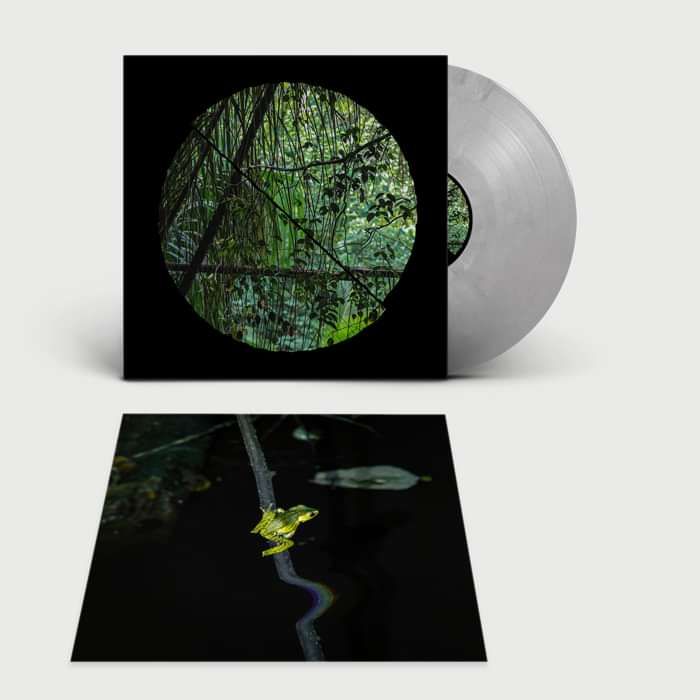 Constructed from a library of sounds collected by the artist in the rainforests of Borneo, Llyr’s debut album is an expansive documentation of natural beauty and human interference. Out July 29th on Max Cooper’s Mesh imprint, it is the first full-length album from the Berlin resident.

The result of painstakingly manipulating these recordings via a multitude of cutting edge production techniques, Biome is an expression of precarity and beauty. It invites the listener to be enveloped by Llyr’s augmented reality rendering of the tropical rainforest, one of the Earth’s most biodiverse and iconic biomes, and encourages them to consider our impact on the natural world.

Split into two sections - Pre-Anthropocene and Anthropocene - Biome tells its story with vast sonic ecosystems of molecular detail. Opening to the sounds of bird call, faint monkey hollers and the gentle crackling of mist-enshrouded trees, the album sets its tone with an archetypal impression of the jungle; one of instant familiarity. This is then expanded on across eight tracks, with the first four offering an abstract meditation on the marvels of nature, and the remainder of the album presenting a sonic vision of human interference - more chaotic and complicated than before.

Llyr’s recordings include signifiers of human presence left untouched as an integral part of the story, with natural phenomena manifesting in different ways on each track. The resulting creations are a testament to the inherent musicality of the natural world. ‘Courtship Signal’ uses a recording of frogs singing in Kubah National Park to map out the rhythms and pitches of its composition, reconstructing an exact structural replica of these mating calls before manipulating and recomposing. Elsewhere, ‘The Hawthorne Effect’ captures a swarm of insects engaging in a rare mating ritual, sampling both a collective hum and individual percussive moments to build an entire library of sound. Similarly, ‘Winged Chamber Music’ carves out a majestic sonic cave using recordings of water dripping and the chattering of bats pitched down to human hearing range. Having engaged wholeheartedly with these moments as they occurred, Llyr extracts themes and motifs with a sincere respect for their origins.

The first section is made in its entirety from Llyr’s own rainforest recordings with no use of drum machines, synths or samples. The recordings feature at every possible scale from macro to micro: unmodified binaural field recordings set the scene; granulated layers add pseudo-synthetic textural atmosphere; iteratively processed one-shots provide punctuation; and carefully designed custom instruments, forged from short fragments and cycles, express harmony and rhythm. The second half, heralding the arrival of humans, relaxes the rule book and a smattering of synthetic elements enter the fray to maximise visceral impact.

The resulting work is a debut album that considers extensive themes by weaving these rare recordings into a remarkably coherent sonic blueprint. Biome resonates as both an affecting listening experience and a thematic exploration of the changing world we inhabit.